The Prescott National Forest, along with all local entities, will enact Stage 1 fire restrictions at 8 a.m. Friday, April 20.

“There has been no appreciable amount of precipitation since the end of last summer’s monsoons and the little bit or rain and snow we received in January and February did nothing to relieve the situation,” said Pete Gordon, Fuels, Fire, & Aviation staff officer for the Prescott National Forest.

Much of the state of Arizona is in extreme drought with a forecast of below normal precipitation and above normal temps through the end of May, Gordon said.

“Our fire danger indicators are quickly moving toward significant levels,” he said. “This means that wildfires will easily ignite and quickly become fires that may be difficult to control.”

The following prohibitions will be in effect for all Prescott National Forest lands, as well as Prescott Fire, Central Arizona Fire and Medical (Central Yavapai and Chino Valley Fire), and Yavapai County, and other municipal and volunteer fire department coverage areas:

• Smoking, except within an enclosed vehicle or building, or in a developed recreation site in an area at least three feet in diameter that is barren or cleared of all flammable materials.

• Discharging a firearm, air rifle, or gas gun; except while engaged in a lawful hunt pursuant to state, federal laws and regulations.

Violation of these fire restrictions is punishable by a fine of up to $5,000 and imprisonment for up to six months.

“The decision to implement Stage 1 restrictions is based on scientific indicators of conditions in addition to fire activity, resource shortages or potential, and other criteria affecting wildfire potential,” Gordon said, adding that the Prescott National Forest has coordinated closely with all of the area federal wildfire management agencies, including the Arizona Department of Forestry and Fire Management, Yavapai County Emergency Services, and all of the municipal and volunteer fire departments in the Verde Valley, greater Prescott area, and others adjacent to the forest.”

Don Devendorf, division chief and fire marshal for Prescott Fire Department and the City of Prescott, said: “All local entities will be going into restrictions at the same time (April 20).” CAFMA Chief Scott Freitag confirmed this as well.

Gordon added: “We recognize this may be an inconvenience to forest visitors, but ask everyone to consider as we do, the trade-off if we don’t attempt to curtail unwanted wildfires through restrictions. We hope the public joins us in seeing that the short term and minimal inconvenience associated with fire restrictions is well worth it if the alternative is a catastrophic wildfire. While restrictions can’t prevent all careless activity or choices to ignore the rules, fire managers are certain in their effectiveness in reducing the potential.”

Neighboring community members as well as forest visitors are encouraged to act responsibly and remain vigilant, a news release states. Fires can be started by many activities taken for granted and are not just limited to careless campfires or a carelessly placed cigarette.

Pay attention to anything that creates heat or sparks such as dragging tow chains, welding a corral fence, or even mowing the grass where a hiding rock can cause a spark, forest officials stated in the release.

“It’s not just a concern of the Forest Service, but a shared concern among all agencies and our citizens – this area is prone to and likely to have a wildfire regardless of land ownership. This is the Wildland-Urban Interface,” Gordon said.

As a reminder, the use of exploding targets; incendiary devices; and fireworks are always illegal on National Forests Lands.

The public can obtain additional fire information via the following:

• For information in your city or town, call your local fire department.

Read the entire article at: www.dcourier.com/ 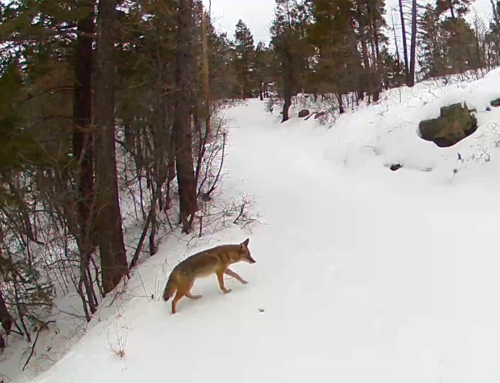 Walker Road In The Snow

Walker Road In The Snow 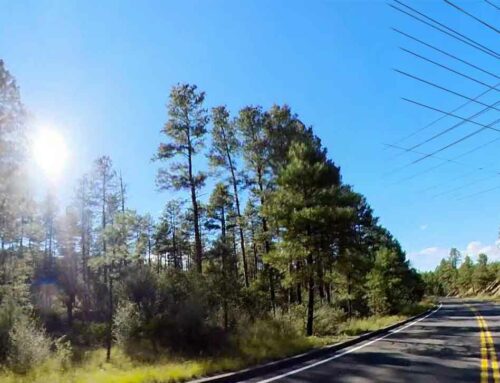 No Power Poles on Walker Road