The WFPA Annual Meeting was held on May 27th, 2017. That’s the Saturday morning of Memorial Day.

Bill Loughrige did a fine job of leading the meeting as the President of the WFPA.

He mentioned that it seemed like there were fewer people attending this one than have in the past.

There were no contentious issues or elections. That would indicate that things were running smoothly.

There were 3 board of directors positions open and the 3 people running for them were all up for reelection.

After reports from everyone, and I mean everyone, we didn’t even vote using the ballots.

We approved the 3 positions with a voice vote. (I want to say “by acclamation”, but I forget the technical term.)

Congratulations to John Ohanesian, Rudy Erdmann, and Dan Dougherty, who were all reelected to their positions.

Pot luck food followed, while everyone stood around catching up with friends and people they’ve not seen for a while.

You can hear the whole meeting by downloading the MP3 file here:

Photos of the WFPA Annual Meeting 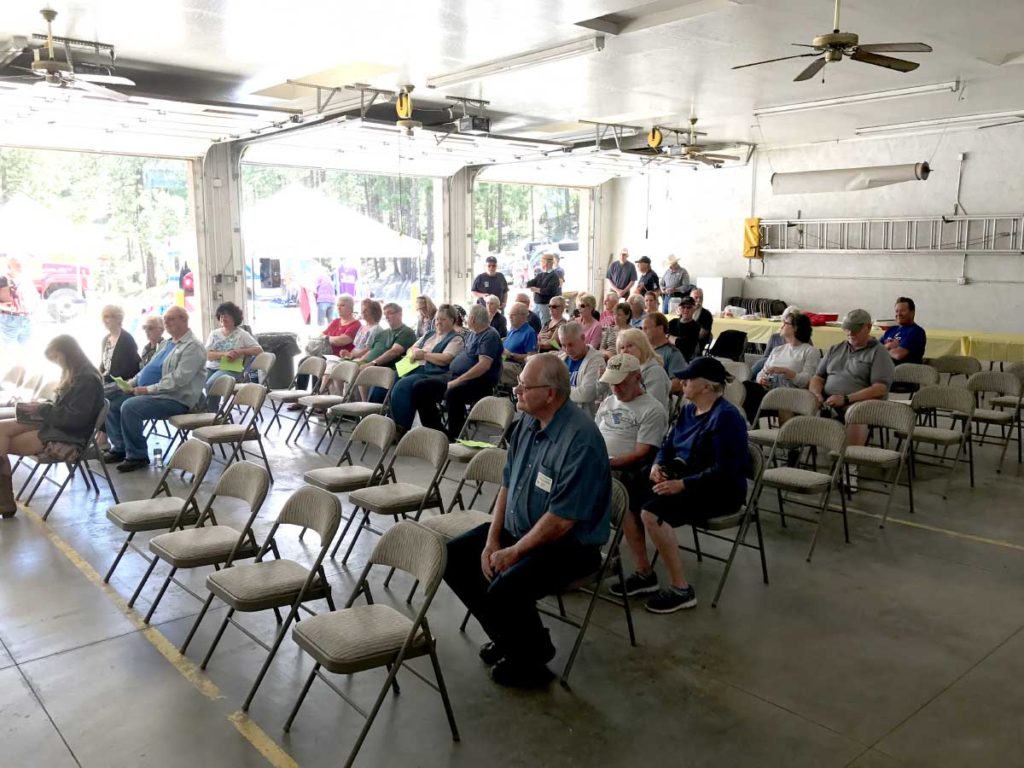 The people who attended the WFPA Annual Meeting.
This was taken before the meeting started and more people sat down later. 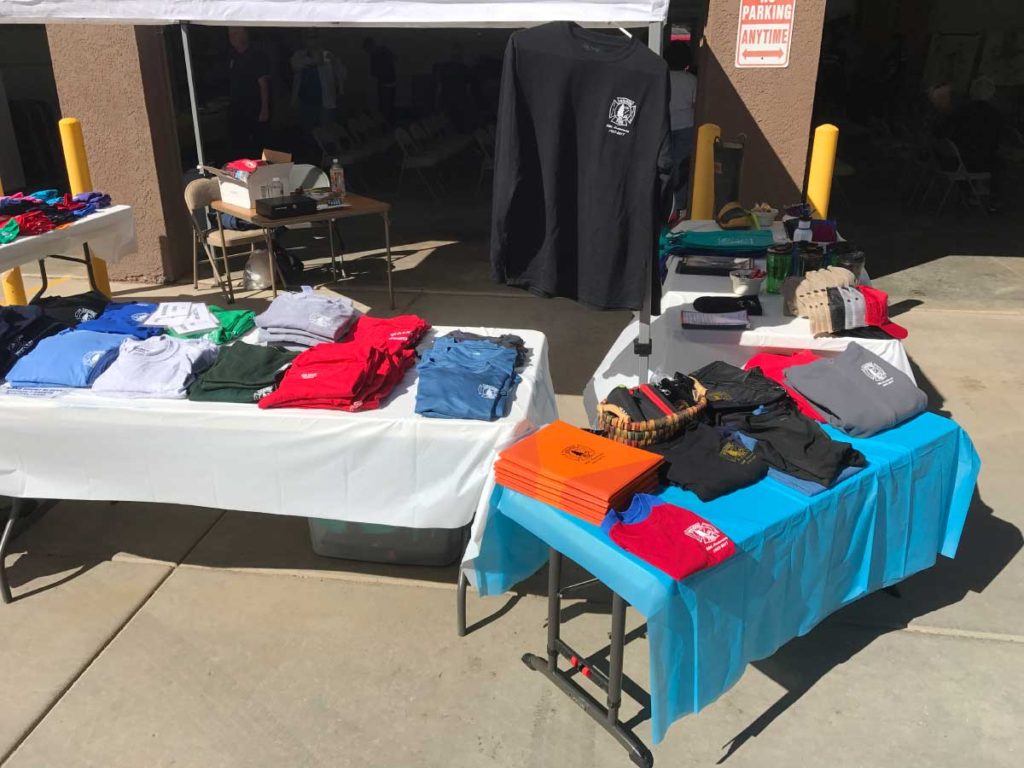 WFPA merchandise was for sale.
In addition to tee shirts, there were a lot of new items like tumblers, pens, key lights, license plates.